Growing up in the New Zealand countryside, feelings were an indulgence, complaining or self-pity was frowned upon, and conflict was to be avoided. Emotions were discouraged. But when I lost my first pregnancy, the feelings were too big to ignore. Luckily, I was given advice to simply roll with your feelings. Feel what you feel. This allowed me to grieve. It allowed me to be angry. It allowed me to fear.

Feeling these emotions, recognising them and naming them, helped me figure out what was going on in my head. It helped me grieve, but most importantly, it helped me heal. Rolling with the emotions didn’t mean I was letting them control me. I wasn’t forcing myself to feel one thing or another. I learnt to let the emotions come when they came, and then – eventually – I learnt to let them go too. And that’s a really good feeling!

It’s okay to feel. Our feelings aren’t who we are, and they aren’t a judgement on whether we deserved or didn’t deserve what happened to us. They are simply feelings, emotions that help us figure out who we are, who and what is important to us, and in due course, they help us learn about what future we want too.

It doesn’t mean this is easy. After my first ectopic pregnancy, I was struck a year later by my second, and felt equally strong emotions then. As the lovely Sarahg (who guest-posted here, and is one of my life heroes) said to me, there is no free pass the second time around. I’d been through it once, but still had to go through it again. I still had to feel the feelings, but could roll with them easier this time. Even though the urgency and intensity were stronger the second time around, that recognition at least made it more familiar. Then, when my efforts to have children were halted, the feelings came back all over again. Along with one or two others. By now, I knew I couldn't ignore the feelings, even though I wished I could. But in facing them, eventually I healed.

These lessons (and others learned from infertility, loss and childlessness) have helped me through other bad times since then, including the losses of my parents. Remembering to feel is a good reminder to me that I've been through this before, and that I am and will be okay. It’s important to feel what I feel. And now, I think it’s even more important to learn from those feelings. 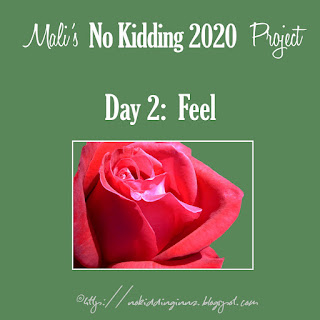