Being grateful for No Kidding friends

I had a lovely boozy dinner on Saturday with good friends of ours, who also don't have kids. Instead, we occasionally talk about our nieces and nephews and great-nephews and great-nieces, as we are talking about all sorts of other things. But it is a nice relaxed way to have a conversation. We talk about what to do with all our stuff, and who will clean it up when we go. (She is teaching her niece and great-niece which of her possessions are valuable or historic, and how to tell.) We joked about both needing to stop hoarding, but refusing to stop getting ourselves the occasional treat. Because, as she pointed out, we still need to live and enjoy our lives.

She knows I blog about our No Kidding lifestyle but is busy with a high-powered job, and probably has never read this. It's not her style. She's openly without kids, but not so openly Not By Choice. Both my friend and her partner are great examples of people with a full, busy life without kids. They have family (several generations) nearby, and lots of friends, they mentor young people at work, have hobbies, are active and outgoing, and have an interest in the world. We're lucky to have them in our lives.

In fact, I often think of a quote of hers when others talk about "having children is the purpose of life." "Rubbish!" she scoffed when I quoted a mutual friend who said this to me as I was between pregnancy losses.

"There is no purpose in life other than to enjoy the lives we have."

Believe it or not, when she first said this to me probably 18-19 years ago, I was a little shocked. I hadn't heard anyone else say anything like that before. But gradually the more I thought about it, the more I agreed with her. And every time I remember her quote, I appreciate the lesson. She's right. And I'm glad I get to enjoy life with her in it! 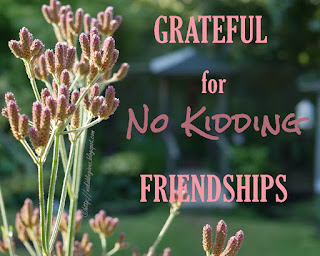 1. As flagged a few weeks ago, I’ve now passed my 10 year anniversary of blogging here.

2. After a few weeks away from home, I had an urge to do some baking on the weekend. I tried a new recipe of chocolate chocolate chip cookies, which are delicious, though a bit cakey. However, my main problem is that the quantity was much bigger than I expected, and I was, as always, once again reminded that I don’t have a big family to eat what I want to bake. My mother baked once a week – biscuits and cakes – and we ate them every day for morning and afternoon teas (cakes only appeared at afternoon tea) and at night with a cup of tea. It was probably an awful chore for her, but I would have liked just a touch of freedom to have tried a few more things that I would know at least one other person in my house might have liked!

3. Loribeth has written (here and here) about Lena Dunham’s piece about her acceptance (probably) of a No Kidding journey. I would have missed it otherwise, so thanks Loribeth. There are a couple of lines in Dunham’s article that were notable. The first was intensely familiar. “So why, if I craved it so much, would I be denied?” I remembered feeling that way, before I realised that there was no reason, that the world is random, and that there was no judgement.

4. She finished her piece with a second comment I loved:

“The irony is that knowing I cannot have a child—my ability to accept that and move on—may be the only reason I deserve to be anyone’s parent at all. I think I finally have something to teach somebody.”

This resonates with me a lot. Knowing what I know now, having gone through loss and grief and grown so much as a result, I’d have been a much better mother. Shrug. Oh well. It’s one of the reasons why I blog here.

5. Finally, I have to add that I’ve been struggling lately. Struggling to blog, and struggling to keep up with the rest of this No Kidding blogging community (let alone my other ALI blogger friends). I just don’t seem to have the time. There’s been so much other stuff to read this last year (gee, I wonder why?) that my blog reading and general book reading has suffered badly. Add to that the fact that I’ve found a new hobby, which I will blog about at some stage either here or at A Separate Life, we’re busy cleaning up father-in-law’s house and estate and preparing for sale, and more recently, that we’ve finally been able to travel (domestically). I hope to get to pay more attention to the No Kidding community soon. In the meantime, I’m grateful if you’ve stuck with me. 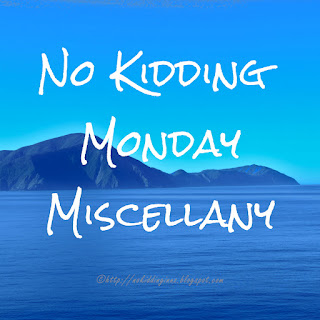 A No Kidding Holiday*

Well, we had such a lovely time away on our trip, I missed posting last Monday! I wasn't organised enough to have pre-scheduled posts already written, so I just let it slide. Although I feel kinda naughty saying that, it also felt good to let the Monday drift by!

I often assess my trips here, noting if there were any instances that made me feel childLESS rather than childFREE. I am wondering if that is healthy, even while I bristle slightly at a conversation at my sister's place. A friend of hers had visited, and she (the friend) made one of those all-sweeping comments about having or dealing with children "as we all do." I bristled, but I bit my tongue. I wasn't really part of the conversation, and I was in my sister's house, so I restrained myself. You should be proud of me, because I didn't even roll my eyes. (That took considerable self-discipline!) It just wasn't the time or the place.

I wish I didn't have to consider the time or place to point out the inherent bias in these comments. I wish people just thought a little more before uttering these asides. After all, she's been a long-term friend of my sister, and certainly will know my history, or at the very least, the fact we don't have children, and that it was not our choice. It felt (vaguely, and perhaps just in my imagination) ever so slightly deliberate. It wasn't necessary to the sentence. And there was a hesitation before she said it, speaking almost defensively. Standing the ground of the parented, perhaps? Or wanting to be sensitive, but realising she'd already started the sentence? I don't know. It doesn't really matter. But it is funny how tiny little things can stay with us.

On the bright side though, we had a lovely trip which would simply not have been possible at this time of the year with children, even children in their mid-late teens, as our ectopic babies would be by now. There would be exams, and end-of-year functions, and summer sport. But we took advantage of the clearer roads and destinations between October school holidays and the summer holidays which start in mid-December. It was bliss. I'm not kidding.

This week we (my husband and I) are doing something fabulous, simply because we don’t have children. We waited till last Tuesday, as Monday was a public holiday, Labour Day, the last one before Christmas, and a time when a lot of people like to travel, because it is also a time when spring has generally arrived in most locations, and temperatures in some locations get positively summery. Not to mention that it was the first long weekend since Auckland went into a brief lockdown in August, and people were keen to travel. So Labour Weekend is always a busy time on the roads, and best to be avoided. But on Tuesday, when everyone was back to work and back at school and university exams are in full force, we set off on a road trip, one we had been planning to do for the last year, but life and death and COVID intervened.

My favourite road trip in New Zealand is around the South Island. I wrote about it here. But this one is exploring roads less travelled by us at least, as we have headed in the opposite direction. And although the north is much more populous than the south, we're taking advantage of the absence of both international tourists, and domestic tourists who will spread out and take over the roads in late December until early February. Especially this year, when no-one is making those overseas trips!

We would not be doing this if we had children, as they would still be school age. Though many of my friends are now also free and easy (well, except for the fact they’re still lucky enough to still be earning salaries) as their children have left home, reminding me and all of you that this isolation doesn’t last forever. Having children who have left home is not the same as having no children at all. But it does make socialising with friends easier, and it does mean that their day-to-day worlds no longer revolve around their children in the same way. It does get easier. And in the meantime, we hit the road!