November has marked my six year blogoversary here at No Kidding in NZ. I’ve been blogging longer than that – tomorrow, I hit my ten year anniversary of blogging so will probably highlight that over at A Separate Life.

I know that I’ve been quieter this year, but I do still have some juicy topics I want to address, and over the summer, I intend getting back into writing more often and more thoughtfully than I have done recently.

Living a No Kidding life can be wonderful, but can also continue to have its challenges. I’ve just been on a holiday through the most beautiful parts of our country, and felt blissfully childfree. But then something happened in the weekend that made me suddenly feel very alone and very childless and pathetic. That has passed now, and I’ve seen it for what it was – a long overdue upset that was inevitable, given everything that has happened this year.

Since I started, I’ve published 457 posts. I was hoping to get to 500, but the lost mojo this year just didn’t allow me to get there.

I’ve been privileged to get to know so many of you, both through comments here and through your own blogs. I’ve had email conversations (agreements and disagreements) and have sought and when requested, given advice. I’ve been interviewed in a national magazine, featured on Huffington Post, received some really lovely comments and emails, and – just to keep my feet on the ground – have written posts that have just received crickets!

As a result of my blog, I’ve travelled to a new country (the beautiful Slovenia) to meet a fellow blogger (the lovely Klara and her husband), and count that as a highlight of my blogging career. I hope that meeting will just be the beginning of meetings with bloggers and readers in new or exotic lands, or maybe even here in New Zealand if you want to come and visit.

My life has been enriched by relationships with friends I’ve made here, though we've never met in person. And I thank you all. 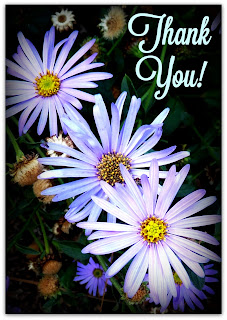 Email ThisBlogThis!Share to TwitterShare to FacebookShare to Pinterest
Labels: Blogging

Some admin: My blog roll

Several months ago, a glitch in Blogger removed all our blogrolls or link lists. I've only just got around to reinstating my list, and I had to do it by referring to my feedly lists. (You can find it under the Blog Archive list on my sidebar.)

It is a list of No Kidding bloggers only, not a list of my favourite blogs (though many of my favourite blogs are on this list too), so if you're not a No Kidding blogger, know that I still love reading you, and will get around to commenting again one day. I might eventually get around to adding another list of infertility bloggers, but don't hold your breath!


Anyway, the point of this post is that I know I've probably missed some No Kidding blogs, especially as my feedly list isn't comprehensive, so please don't be offended if you're not listed there at all. Give me a yell here in the comments, or send me an email at malinzblog at yahoo dot co dot nz, if you'd like your blog to be added to the list of Other No Kidding Bloggers. Equally, of course, let me know if you'd prefer not to be listed.
Posted by Mali at 15:21 2 comments:

Email ThisBlogThis!Share to TwitterShare to FacebookShare to Pinterest
Labels: Blogging

We got home safely, taking a necessary detour up through the centre of the South Island, rather than along the beautiful coast road that has been destroyed in the earthquake, where the seabed has been lifted by two metres, and where lives and livelihoods have been destroyed. I felt guilty that I enjoyed the drive so much, over a mountain pass that I have only travelled once (I think) before and I had forgotten how beautiful it was, through lush green farmland, rocky hills, and dense native forest, with some obvious earthquake damage to roads and bridges on the way, though thankfully still navigable.

Getting home too was no problem, finding only that a few magazines had slid off a wonky pile, a book fell off my desk, and a pot had wobbled over. I am very thankful, as I didn't know how our house on stilts would fare in such a prolonged shake, and I know how lucky we have been so far, living only a few kilometres away from the city where buildings are being demolished as a result of earthquake damage.

Finally, a note to say that travelling in New Zealand in November was blissful for the No Kidding amongst us, as we encountered very few families with children (school isn't out yet, either for Kiwis or our tourists until December). We were able to relax and enjoy our trip, without reminders of our own situation or that of others, and without worrying about what others might be thinking of us.

The only time I was reminded that I didn't have children was an hour or so out of Wellington, on the deck of the ferry going through the Marlborough Sounds, when we got chatting to an American man who explained that he and his wife bring all their nieces and nephews to New Zealand as a college graduation present. They have visited here about five times (and the day before the election said that they were seriously considering moving here), and yes, you guessed it, they do this for their nieces and nephews because they don't have any children.

It was pointed out to me that, after hearing about the 7.8 magnitude earthquake in New Zealand on Monday, readers might be worried about me. I probably accentuated that by not particiating in Microblog Monday for the first time in ages.
So for the record, I'm fine, and thanks to those who emailed and asked. I can't say that about my house though. Not because there's a problem, but because I simply don't know. Wellington, where I live, has been affected by the earthquake, but I'm not actually there at the moment! As with the last earthquake, we left town beforehand, and we were in fact in the resort town of Queenstown in the South Island when the earthquake hit, and felt nothing. The neighbours have reported thwt all looks okay from th outside, but we don't know what damage there might be inside. We have some furniture attached to the wall as recommended for earthquake preparedness, but certainly not all of it. Our house is on stilts, so shakes a lot when there is an earthquake, as it is designed to do.
Our drive home - to the top of the North Island and then across in the ferry - will be affected though. We love driving up the Kaikoura Coast on the east, through tunnels and along the coast with rocks and seal colonies for miles, but that has been destroyed by cracks and major slips and lifts in the road, and won't be navigable for many months (I would expect). So we will be heading home through the middle of the island, over mountain passes, with an extra few hours on our drive. Minor disruptions to travel plans are nothing in the scheme of things.
I'll probably blog about our trip later, here and on A Separate Life, but at the moment I'm just grateful for life, and family and friends (all of you included).
Posted by Mali at 10:27 9 comments:

Those ghastly "ouch!" moments and meltdowns that we all know so well can, sometimes years later, still occasionally sneak up on us, shaking our confidence and damaging our hopes for continued healing and recovery.

The good news of course is that these meltdowns and painful moments decrease in frequency as we heal, through our own efforts, or through time, or usually a combination of both. So that can make it even more disappointing and upsetting when we get hit unexpectedly. We aren’t expecting it, we are no longer constantly bracing ourselves against the pain, and so we suddenly have to deal with shock and a feeling of failure on top of the usual hurt and loss that hit us in an "ouch" moment.

But even when these come, there is a bright side. I think that the very fact an ouch moment or even a full meltdown can be so unexpected means that by and large we’re doing really well, and have made a lot of progress.

In the midst of an upsetting interlude, though, it is easy to feel that we’ve made no progress at all. But when the storm abates, and the clouds disperse and you can see more clearly again, I hope that you take time to recognise how far you’ve come, and remember to give yourselves a pat on the back. I do.