Consistently ignored as an idea, having fewer children is the single best way to reduce an individual’s carbon footprint, as a reduction of just one child would save a family an average of 58 tonnes of CO2-equivalent emissions per year. This isn’t a new topic here. But I guess I’m still smarting from some friends' assumption last year that I didn’t care about the environment or the future, rather than the fact that I had a much lower carbon footprint because I didn’t have children. So I thought I’d document some reasons why my footprint is smaller as a result of not having children.

1.   I have never purchased baby wipes or nappies (diapers) or a myriad of other plastics that are necessary baby accoutrements, and I have not sent them to the landfill.

2.       I don’t have the same food requirements or food waste that I might have if I had children, particularly fussy children.

3.       I’ve never purchased or made new clothes and shoes for growing children every year, or had to provide school supplies.

4.       The sheer number of brightly-coloured plastic toys or electronics that I have seen in the houses of friends and family members is mind-boggling. Sure, some of them might be passed on, but the broken, faded, left out in the rain, and simply unloved toys all go to the landfill.

5.       Housing. We can have smaller houses (yes, I have a three bedroom house, but we thought we were going to have kids when we bought it, and will eventually down-size). We also don’t create a need for new houses. I look at my in-laws – with four children, and now grand-children leaving home, from the demand for one house, they have now produced the need for up to 12 houses to accommodate. As available and affordable housing is a major issue here in New Zealand, it is both an environmental AND social issue.

6.       Our overall water and energy living requirements are so much lower. We don’t need to run the washing machines or dishwashers as often, we don’t have the same hot water needs to shower a family of four or five, we don’t have so many lights on at night or need to heat (or cool) as many rooms or cook as many meals, or run as many screens/devices as a family with children.

7.       Our transport footprints are generally so much lower. There’s less of a reason to have multiple cars per family. Two cars is quite common, one to use to drive the kids around, and one to get to-from work. Then the children begin driving, and they often get cars too. We don’t drive kids around transporting them to activities (and have either shared cars or taken buses to work). I remember one of my sisters-in-law commenting that she was driving hours a day delivering children to/from sports. The environmental impact of that is so much higher than my occasional foray out to a park for a walk or to take photographs. We also don’t need to travel at peak time or have as many deadlines (sports games, music/art lessons etc), using more fuel.

8.       Celebrations (for example, Christmas, birthdays, baptisms, graduations, etc) waste and detritus. Anyone at a family Christmas just needs to look around the room after the present-opening part of the day to think about the waste involved. The gifts themselves, the plastic packaging, the transport miles to both send gifts or to be there in person.

9.       Air travel for necessary events. Even with the stereotype of a childless couple travelling the world (pandemics not withstanding), my travel footprint is much lower than my friends and family who have children. Whenever family events (weddings, funerals etc) or simple visits to siblings or grandparents require travel, a family is going to double or triple the carbon emissions by bringing their children. And of course they will bring their children. For example, my brother-in-law flew his three children and his wife back to New Zealand for his mother’s funeral service. That’s a perfect reasonable thing to do. They then came back a couple of months later to spend Christmas with his father. Again, a perfectly reasonable and decent thing to do. But that’s a lot of emissions in a short time. Friends travel with their children, both to see the world (as we do) and to visit families who are so often far-flung these days. But they buy four or more plane tickets rather than the two we might purchase.

10.    Air Travel for leisure. Yes, families with children might travel less often than those of us without, simply because of the expense of transporting four or five or six people over one or two. But in my social group, they don’t seem to hold back. However, because they need to adhere to school holiday dates, they will tend to take shorter holidays more frequently, even if those holidays are simply necessary visits to family/ageing grandparents or great-grandparents. Depending which country you live in, this can be accentuated. (I’m always amazed at the limited annual leave provisions of the US, and the fact that people there might fly to Europe for just a week or ten days.) Whereas we don’t have to travel at peak times, and we can go for longer trips. We’ve always saved up our annual leave, and ensured that when we take a long plane trip (to Asia or Europe), we end up spending longer, making the most out of our long haul carbon miles. Over the last ten years, our trips to Europe and the Middle East would not have been possible with children. We would have had to take multiple shorter trips, as our friends do. Likewise, within New Zealand or Australia, we are much more likely to drive than fly. Or within Europe, we are much more likely to drive or take trains between destinations, rather than fly. But a road-trip with children might not be as easy, or as much fun. (Though that said, flying with children would be no joke either!)

So even as I try to reduce my emissions, and endeavour to become more conscious, I (and you) can still be a little smug knowing that I have helped limit my impact on the environment and climate change. 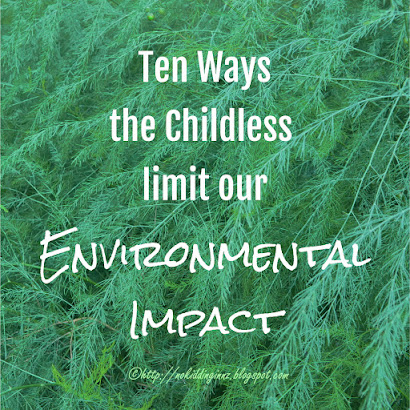