I was prompted to write* this by a BBC article on a UN Gender Study which “found that 90% of people hold some sort of bias against women.”

I think I’ve been a feminist since I was a little girl. I was certainly a feminist before I was officially “No Kidding” or childless, before I entered the workforce, and before puberty. It’s how I see the world. How the world has seen me. And so of course, reading these articles, my mind immediately went to how frustrating it is in our lives when we are pigeon-holed by society, in business, politics and government, healthcare, sport, the arts, domestic arrangements, etc. You name it! We are further constrained by our parental status – whether as a mother, or as a childless, No Kidding woman. I took it a bit further, seeing that discrimination against us, as women without children or as mothers, is a form of misogyny. It does not see us as individuals, but as objects, and judges us by our biology, rather than by our personalities, our characteristics, our flaws and our talents.

Motherhood, as great as it may be, has been a way of keeping women in control and at home. It is seen as “women’s work” and isn’t paid. It is belittled, generally by men, who seem to – in general – escape the really hard work that mothers do. How often do we hear praise for a man doing – for maybe an afternoon, or a couple of days – what their partners/wives have been doing for years? Even now, even in 2020? In pandemic lockdowns, who has been doing the childcare and home-schooling, even whilst trying to hold down their jobs when working from home?

People, even women who have achieved things no other woman has achieved before them, struggle with change. I wrote some time ago about working with New Zealand’s first woman trade commissioner. Like so many women who achieved in the 1970s and earlier, Frances never married. There was no legitimate reason for her to stay at home. There was no legitimate reason for them to discriminate against her at work – they couldn’t argue that sending her to an overseas posting was going to mean that her husband’s career (like husband’s 20 years later) would suffer. She was so accustomed to the system and the times that she was surprised when she discovered I hadn’t changed my name when I married. I wasn’t the only woman in my department who had done that – many of my best friends were there, and didn’t change their names, or never married their partners – but maybe I was the first she asked about it. “Is that legal?” she said. Then, still struggling with the concept that my “maiden,” unmarried, name was simply my name just like her name was also the name she was born with, she asked what name my passport was in.

She struggled with change. Many women struggle with change, and struggle to see women in positions of authority, or women expecting help at home with the kids. “I didn’t have that, and survived okay,” they may think. Sometimes I wonder if it is jealousy. Or disappointment that they didn’t have the options. Women who have not had careers (either by choice or forced by society’s strictures) or those who have always worked for men, may struggle with the idea that one woman can be above them, when they are accustomed to seeing men making the decisions, getting all the power. They still use the old misogynistic standards of success and power because they’ve been brain-washed. They cannot imagine that women could be just as powerful. (And I haven’t even touched on the whole sexual objectification of women. That would keep me here all week!) Men, of course, struggle with the idea that they may lose their place and privilege. However powerless they might be, they like to feel that someone is beneath them. Power systems are taught, on both sides of the power gap. Discrimination is taught. Ultimately, misogyny is taught.

And I think that’s why some women with children often look down on those of us without. So they infantalise us, pity us, put us in a box that is lower than them. They want to feel a little superior to someone else, when they may feel constrained or judged. I’ve written about that elsewhere. I think it’s why some of the vehemently childfree object to those of us who are No Kidding but don’t want to be called childLESS, usingthe label childfree. They don’t think we deserved it.

But my point of all this is that we women** have so much in common. None of us wants to be judged because of our biology and what it can or cannot do, or to be restricted because of who society perceives us to be. We should remember that. We’re all women. We don’t need to turn on each other. We’re in this together. 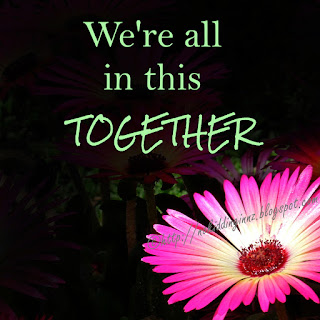 * Apologies to any No Kidding writers who covered these articles already. Let me know in the comments if you did.

** Further apologies to any male readers of my blog. This one was just for the women. I’m sure you can relate to a lot of it though.